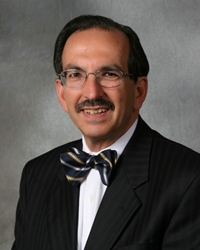 Mr. Moloshok is former chair of the American Bar Association Antitrust Section’s Franchise and Dealership Committee, and is currently Associate Editor of The Antitrust Source, an online journal. He speaks and writes frequently on topics in franchising, antitrust, securities and trial issues. Among other works, he authored the chapter on New Jersey Antitrust Law in State Antitrust Practice and Statutes, 2nd Edition (ABA Antitrust Law Section, 1999), chaired and moderated the program “Redistribution of Power: Antitrust Implications of Internet Distribution of Goods and Services,” (ABA 2000 Annual Meeting) and co-edited the ABA Section of Antitrust Law, The Franchise and Dealership Termination Handbook (2004).

Mr. Moloshok is a member of the Bars of New Jersey, New York and Connecticut, as well as the state and federal trial and appellate courts in those states.

Association of the Bar of the City of New York