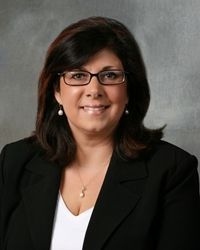 Patricia A. Staiano, formerly United States Trustee for the Districts of New Jersey, Delaware and Pennsylvania, concentrates her practice in insolvency and commercial litigation, specializing in bankruptcy and representation of Chapter 7 and Chapter 11 trustees in business reorganization and consumer matters. She has also represented Chapter 7 and Chapter 11 debtors, secured lenders, official committees of unsecured creditors and individual creditors. Ms. Staiano was law clerk to the Honorable William H. Gindin, United States Bankruptcy Judge in Trenton, New Jersey, in 1986-88.

As United States Trustee, Ms. Staiano appointed and oversaw Chapter 7, Chapter 11 and Chapter 13 Trustees. She was instrumental in forming Bankruptcy Fraud Task Forces in conjunction with United States Attorneys and other law enforcement agencies in five federal judicial districts. Ms. Staiano has litigated issues of professional conflicts, confirmation of plans of reorganization and adequacy of disclosure statements, has formed creditor committees, appointed Chapter 11 trustees and reviewed fee applications for all professionals retained pursuant to court order in bankruptcy cases. While at the Department of Justice, Ms. Staiano was Chair of the Chapter 11 subcommittee for the Department of Justice’s United States Trustee Program, a member of the Chapter 7 Subcommittee, and a member of the Director’s Advisory Committee. Ms. Staiano testified before the Subcommittee on Commercial and Administrative Law of the House Committee on the Judiciary regarding the Chapter 11 small business provisions contained in the House of Representatives’ version of the Bankruptcy Reform Act.

Ms. Staiano served for two years as Co-chair of the Business Reorganization Committee of the American Bankruptcy Institute, and frequently lectures on a wide range of bankruptcy-related topics. From 1994-2008, she was a member of the Lawyers’ Advisory Committee for the United States Bankruptcy Court for the District of New Jersey.

Ms. Staiano is a Court-Approved Mediator and is a member of the panel of mediators for the United States Bankruptcy Court for the District of New Jersey.

Association of the Federal Bar

Testified before the Subcommittee on Commercial and Administrative Law of the House Committee on the Judiciary.